TweetDeck is Twitter’s officially approved app for PC and laptops. Twitter as we all know is world’s top micro-blogging website. TweetDeck for Windows 10 is more than just an app for sending and seeing tweets, it is packed with features that most mobile and even Twitter’s own official website lack in some respects. TweetDeck for PC is Twitter’s best social media app that allows users to manage activity on multiple Twitter accounts. You don’t need to shuffle between accounts because in this social media app for Windows 10 you can see live feeds of timelines associated with different account on a single screen. 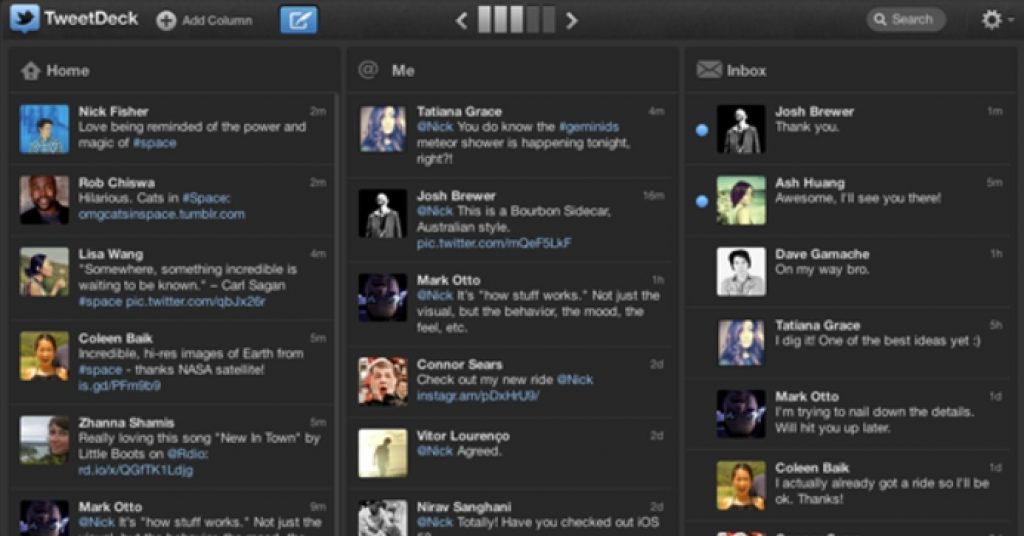 Those of you who own more than one Twitter accounts for work or personal purposes then TweetDeck is the best option for you. Interface of the app is divided into columns which you can customize according to personal preference, columns display your main timeline, direct messages, mentions, favorites, lists hashtags, trending topics, search result all in one window screen, there is no need to switch windows for each one.

As you know Twitter’s 140 word character limit can sometimes makes it difficult to type entire message along with the link in a single tweet. But in TweetDeck links take on maximum 23 characters per tweet, no matter how long the link. You can customize columns to glean topics of interest by filtering special keywords or links to make them appear or disappear from the timeline.

Best thing about TweetDeck is its simple interface which manages many accounts without creating discordant jumble of Tweets. Everything is properly placed and designed keeping user convenience in mind.

You can download latest version of TweetDeck 3.7.3 from the link below. It has new interface and more functions to enable fast social interaction.