There is no need to go into detail to explain what is WhatsApp because by now almost everyone knows that WhatsApp is the top instant messaging app in the world. Rivals have tried to copt WhatsApp model with low to moderate success rate but no one as of yet has been able to match WhatsApp in terms of quality service. Windows 10 Phones have not received much attention from WhatsApp in the past, most of WhatsApp focus is on improving its Android and iOS offerings supplemented with monthly fixes and improvements.

Finally WhatsApp has released at least a new beta version of the app for Windows phones. Windows 10 Phone users have been waiting for stable version of WhatsApp for quite some time now and it looks like the wait will continue for sometime now. Changes made in WhatsApp 2.12.232 beta version for Windows 10 phones are already available to Android and iOS users, but should be appreciated nonetheless.

Windows phones users would finally get to use the emoji feature which they have been clamoring for since the time emojis became a phenomenon on instant text messaging services. Latest WhatsApp 2.12.232 beta version has got some bugs and fixes along with emojis but that’s not it because if initial tests of beta version are to be believed the app will run a lot fluently without any ‘resuming screen’ wait. Things load quicker and response time has jumped up remarkably. New features are still in the beta testing phase and if things go according to the plan and no unexpected error appears then the launch of the stable version of WhatsApp for Windows 10 phones is not far away.

If you want to test the best version of WhatsApp then you will have to enroll in the beta program. Send membership request email to support@whatsapp.com to get a chance to become a beta tester and receive all new future WhatsApp changes before anyone else. Make Sure you send the email from your Windows 10 phone to confirm that you want to become the member of Windows 10 beta testing community and to receive updates designed for Windows 10 phones before the release of full fledged public version. Beta versions of WhatsApp are only available to the signed members.

With this new 2.12.232 beta update you won’t have to go through excruciating waiting time between app launch to the time you reach home/chat screens. However, don’t expect any new changes in the aesthetic department in the new update of WhatsApp for Windows 10 phones. New WhatsApp version for Window 10 phones will be without all important video call feature that is already available on Android or iOS. Windows 10 is relatively new OS on mobiles, with time if it manages to wrest some market share away from iOS and Android, then perhaps WhatsApp will take Windows phones offering as seriously as it does other platforms. 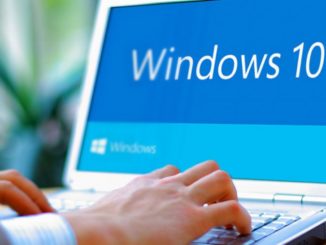 How To Block Tying Data Collection On Windows 10

How To Fix Microsoft Edge not Closing Error on PC Windows 10/7/8.1