Windows 10 is a stable operating system for the most part. However, there is one strange bug that been causing Windows 10 App Defaults Resetting on some devices. This error resets app defaults, meaning it restores default settings for a certain app, overriding manual changes, without user’s knowledge or approval. For example, you can set the Photos App to automatically save images in JPEG format to save storage space, or you can assign Windows Media Player as default program to open all video files and formats. Windows 10 has pre-defined file associations but for most file types, you get a prompt to set default app for different file types. Although app defaults reset isn’t too much of a complex problem to resolve but it can be a lengthy process in some cases, especially if it requires making changes on the basis of file-type.

In order to get around this little hurdle, there is a useful app named Stop Resetting my apps, which, as its name implies, stop Windows 10 from resetting app defaults on desktop, PC, laptop and tablet.

First of all, download the app from the link shared above. Install and run it on your device. Once open, you will get a notice that it supports only a handful of stock Windows 10 apps. Now, to stop Windows 10 app defaults reset, click an app. You will then notice a stop signal badge shown on the selected app to indicate that the default is locked. That’s it. If some bug effects your system in future, changes in app defaults will remain intact, and any attempts to reset them to default will be blocked at source. 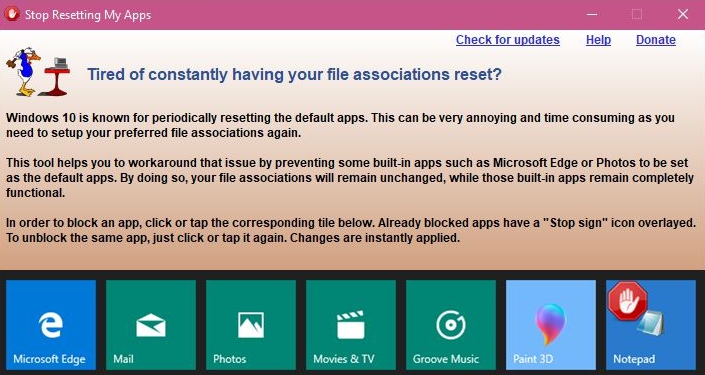 The Stop Resetting my apps only supports stock apps, which renders its scope limited to default Windows 10 applications. This means any third-party apps, as well as file associations, are prone to reset. This is by no means a foolproof solution to the bug. If the bug resurfaces, the default apps like Movies and Photos will not, for instance, cancel file associations for media players such as VLC or others.

This bug manifests in two way on Windows 10: one where the app defaults get reset randomly at no particular sequence, and other where the defaults are reset automatically after every major operating system update or minor cumulative update. The app shared above works only in the first case. It would be of little to no use to prevent app default resetting after a minor or major Windows 10 update.

However, despite using this app the issue persists, and kicks in frequently enough to become an annoyance by interrupting your workflow, you may want to consider going down the ultimate route; that involves a clean Windows 10 installation. If that’s not possible, it’s recommended to set file associations on per app basis. This requires selecting an app, like VLC player, and automatically associate supported file types to the VLC app.

In order to do so, head over to the Settings app, click Apps icon, and select the Default apps tab. Scroll down and click Set defaults by app. 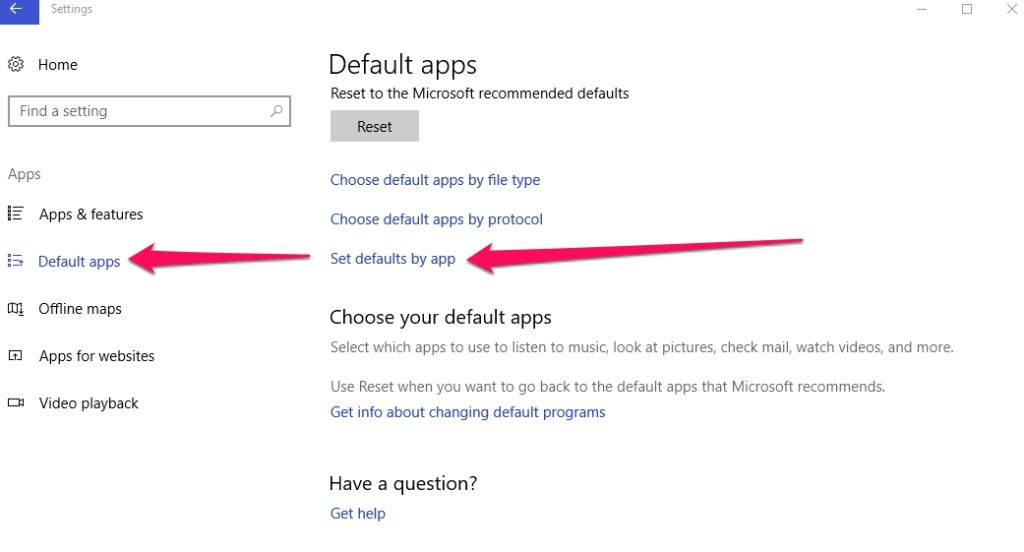 That’s all. Hopefully this article helped you to stop app defaults reset issue on Windows 10 PCs. 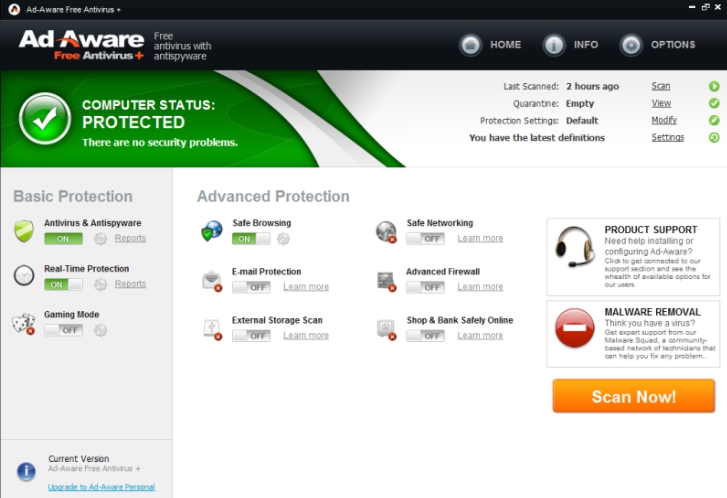 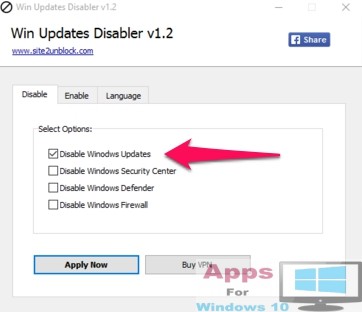 How to Block Automatic Updates on Windows 10