Torrent clients are aplenty on Windows platform, but none can match the popularity of the uTorrent client from BitTorrent Inc. uTorrent has been around for quite some time now, and has grown to attain the status of the most used torrent client across the globe for downloading files from various torrent websites on the internet. 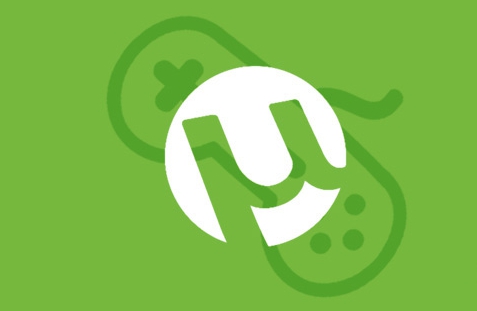 With this ever increasing popularity of the number one torrent client, its not surprising to see the main company behind the torrent client wanting to expand revenue generation capacity via its most prized asset. That’s why, in the latest update, company has quietly brought in a new torrent feature in the form of a built-in Game Store.

In the ever changing and highly competitive digital marketplace, where we see new competitive offerings surfacing almost every other week, companies try to keep ahead of the rivals by regularly introducing new feature to their services in order to enhance user experience and keep the edge. Adapting to changing user patterns is the only way to survive in ruthless tech business these days. Some strive to attain this by simply refreshing the user-interface, revamping features to keep platform fresh, or adding new changes and options. However, uTorrent has managed to achieve the status where it’s beyond such considerations as the developers know that people will keep using their service even without adding or changing anything on the platform. That’s why we haven’t seen anything new in uTorrent for a long time.

That being said, Bit Torrent Inc. has integrated a new game store to uTorrent client. Although no official announcement was made prior to the introduction of this new feature, but this does go on to show that the developers are committed to bring new things for users from time to time.

This new game store feature can be accessed on uTorrent client for Windows, Mac and Linux. Rationale behind this new feature is relatively simply to gauge; beside downloading torrent files from the internet, users can also browse ever growing collection of games for computer platforms. Mostly these games are released by indie developers as a part of promotion and get extra downloads for publicity.

There is one interesting aspect of this new game store integration is that it doesn’t actually makes use of the full potential of the uTorrent by allowing users to actually use the app for purchasing and downloading games on Windows PC, Mac or Linux  computer. Rather, it redirects users to the Steam listing for the title and prompts users to validate and download through Stream’s platform. 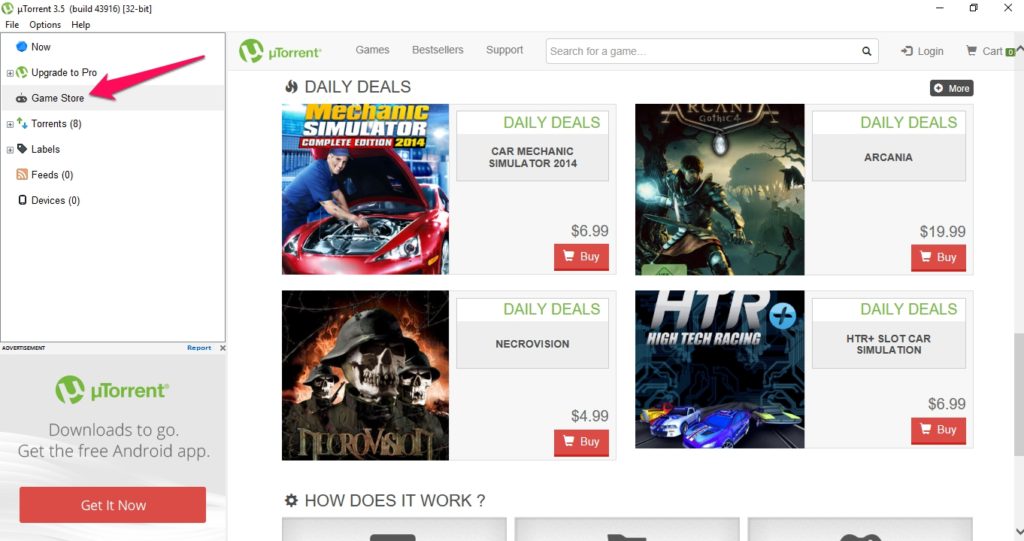 It may appear odd that BitTorrent Inc. decided against publicly announcing the integration of this interesting new game store feature into uTorrent, but it’s there now, and you can use it, especially the fans of new indie games, while at the same time playing your part in generating revenues for BitTorrent Inc. so that they can keep offering amazing uTorrent services for free in the future. 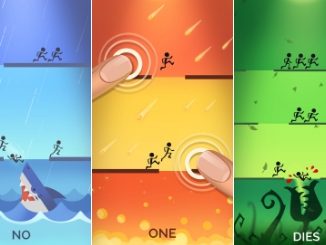 Download No One Dies Tonight for PC (Windows and Mac) 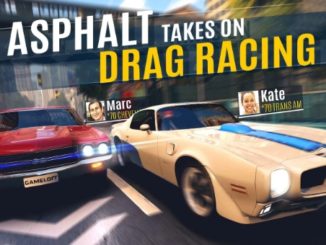