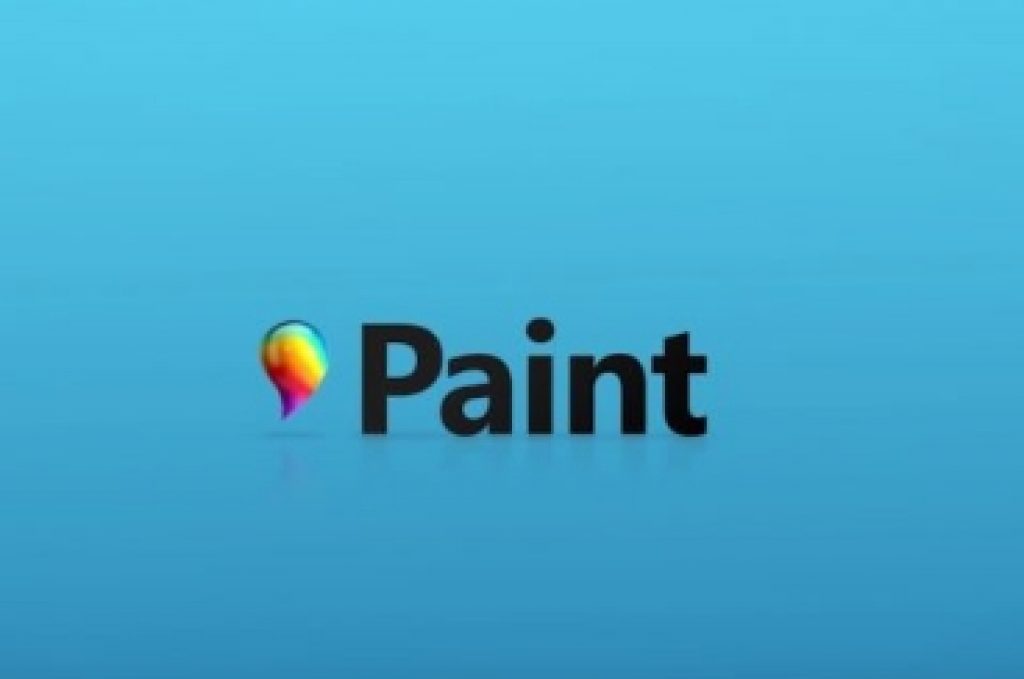 Microsoft has completely revamped its desktop PC paint app. This new Paint app with 3D support will come bundled in as a part of the suite of apps Microsoft embeds into Windows 10 copies. But if you still haven’t received the official download notification for Microsoft Paint Preview 3D image editing app or if its not available in your country’s Windows Store yet, then keep on reading to know how to manually download and setup all new Microsoft Paint Preview for Windows 10 with 3D Painting feature.

Microsoft has released a preview video showing what you can accomplish with the new 3D Paint app for Windows 10 PC and as you can see in the video below that the app comes packed with modern features needed to carry out advanced day-to-day painting tasks. See how to download Microsoft Paint Preview app on Windows 10 PC and start drawing in 3D.

Microsoft’s Paint app is designed to support touchscreen enabled devices as well as traditional keyboard and mouse controls. Paint app for Windows 10 also includes 3D rendering feature, which is first of its kind in any Microsoft Paint app.

Interface is easy to navigate with user friendly features. In this 3D Painting app, there is a front canvas with navigation bar on the top for quickly accessing most used option and switching between tabs. On the right toolbar there are additional 3D painting and rendering options. Other features include: 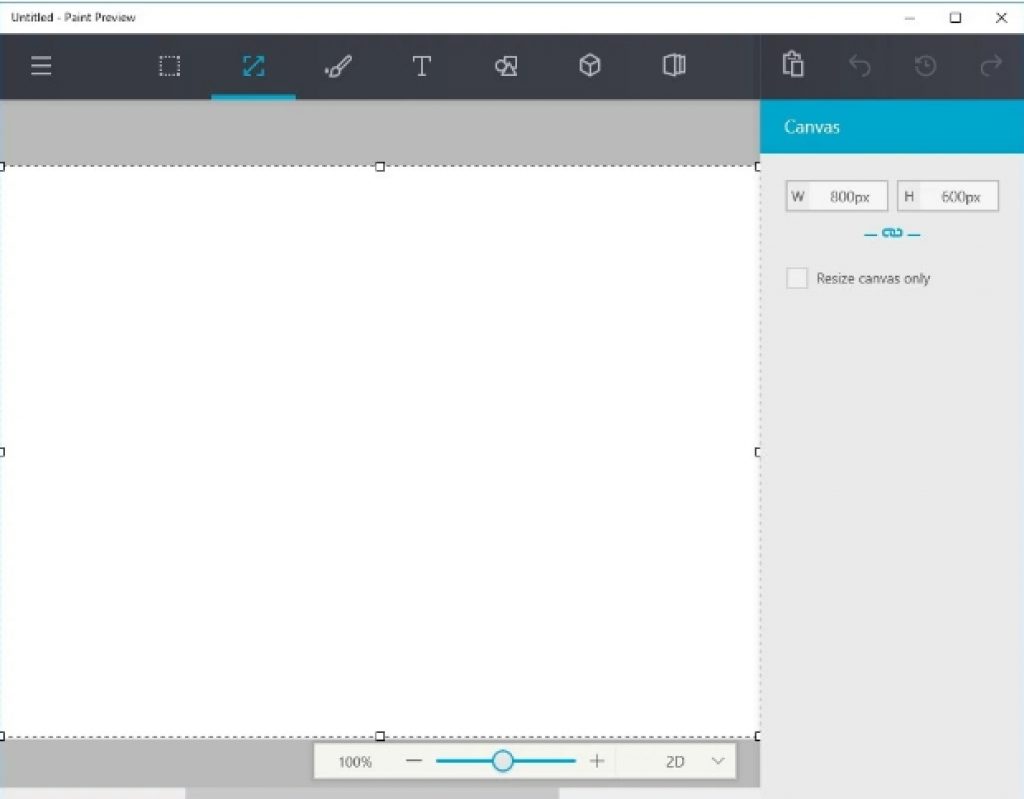 For the first time on the Paint app, there is a selection tab that lets you access various options such as rotate, flip, crop and more. 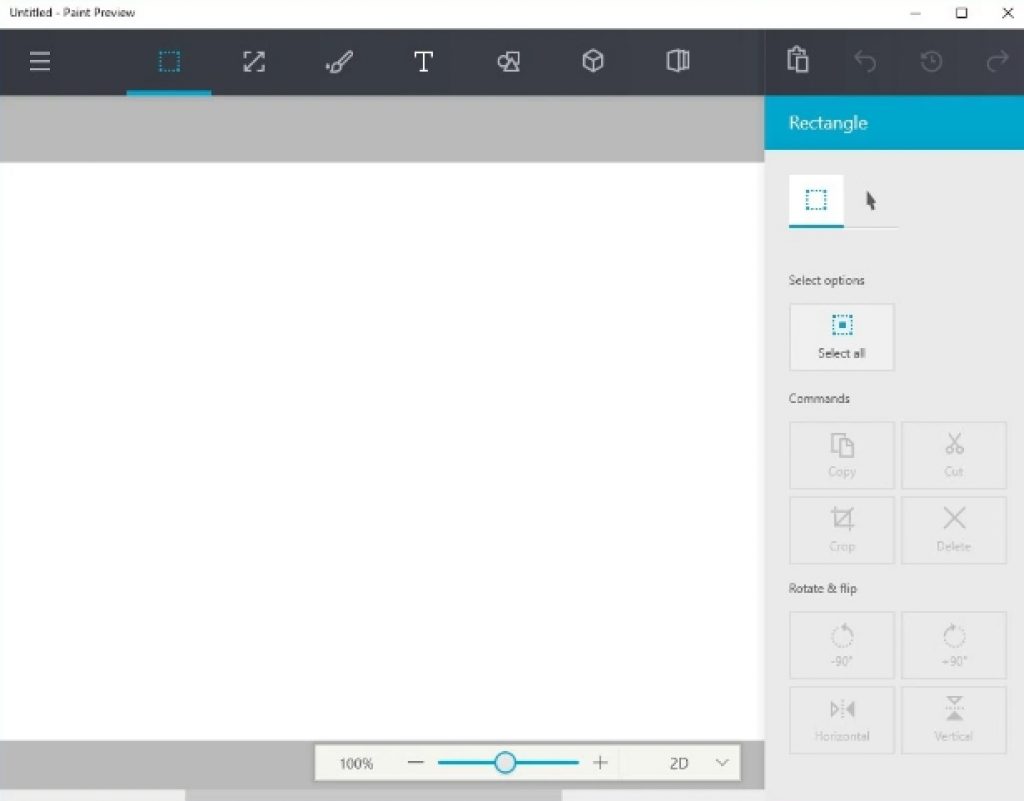 You can add text in different fonts and colors from the text tab. Also, control the background color of your painting from this tab. 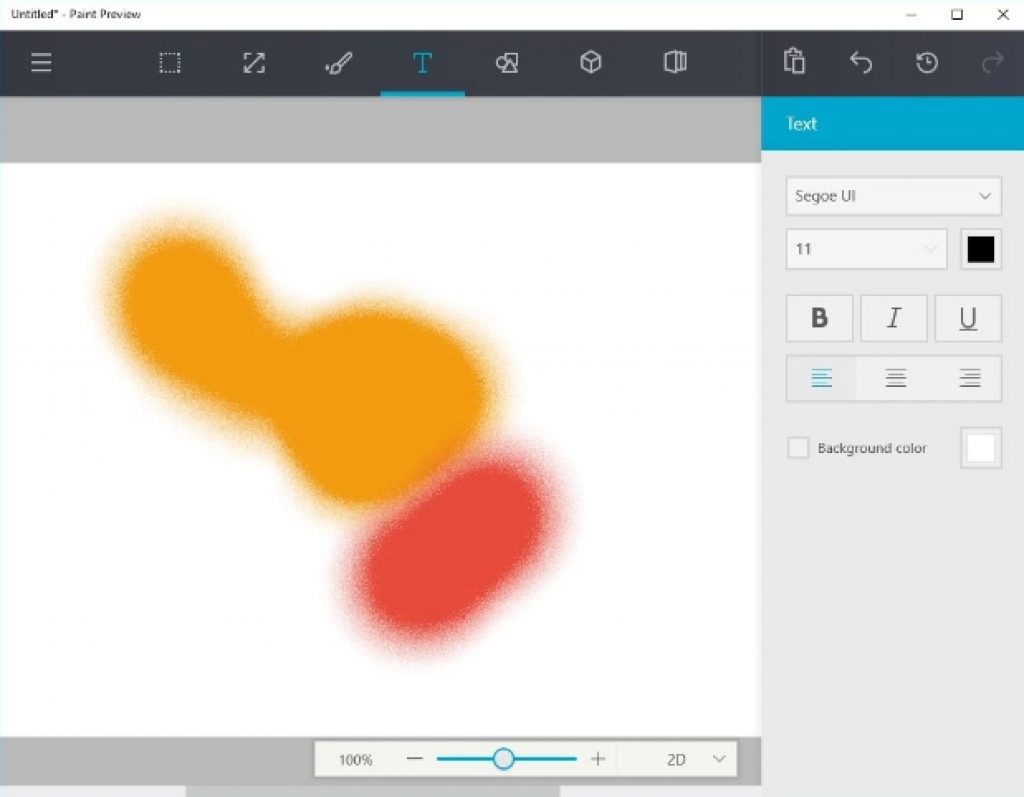 The pencil tab has range of options that you can easily pick and choose for drawing amazing paintings. You can access different pencil types, a marker pen, oil brush, spray can, fill bucket, pixel pencil, calligraphy pen and the color picker in the pencil tab. 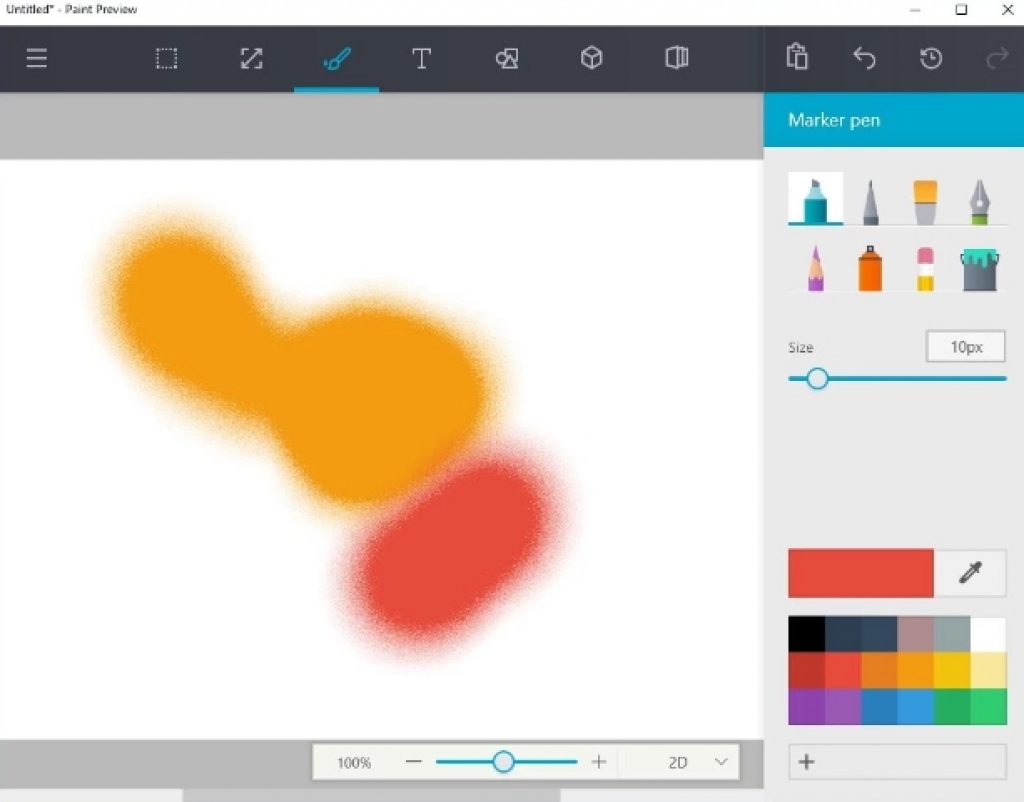 There is a new 3D shapes tab in this version of Microsoft Paint app. Here you can select from different 3D objects options. 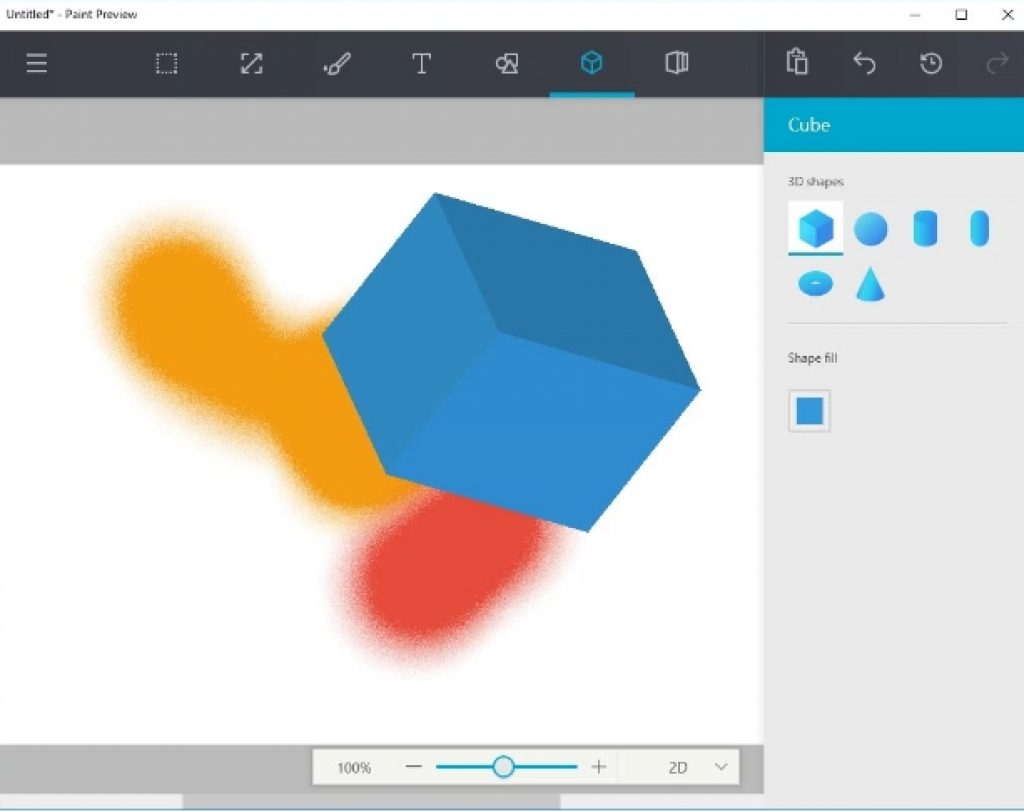 New free community tab lets you add 3D objects and work on a team project from anywhere by sharing comments and suggestions in real-time. 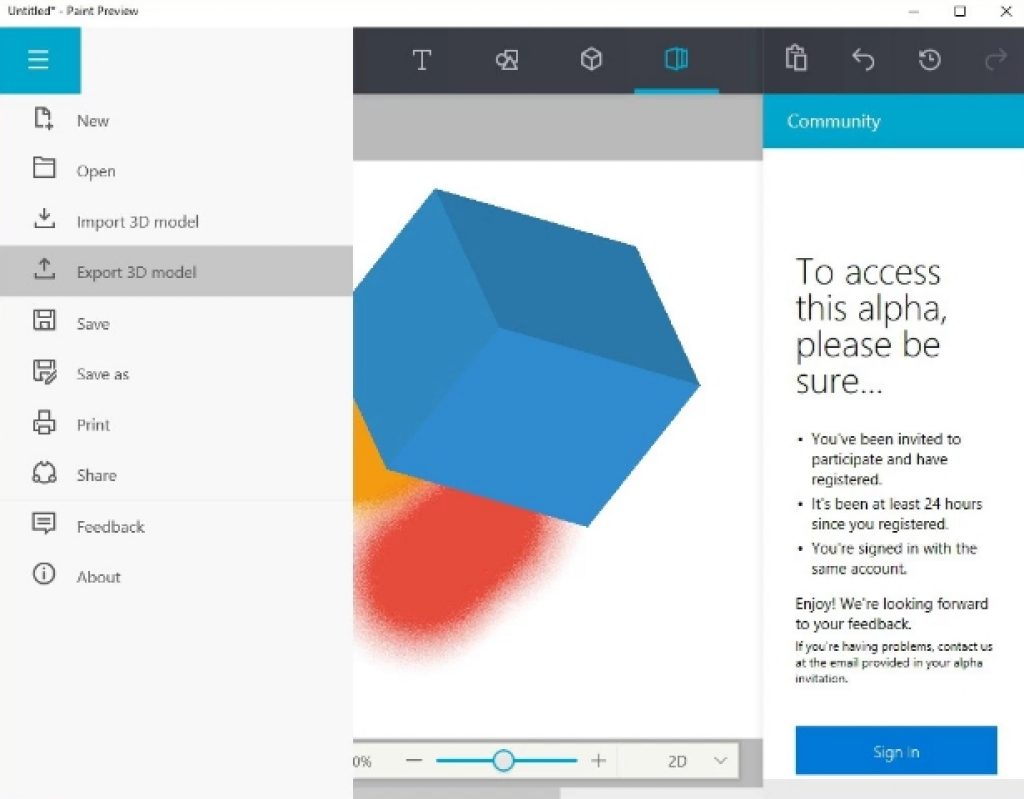 On the right toolbar there are editing options that you can use to revert changes or correct mistakes. Here you can access undo & redo changes, history button, copy and paste options. If you look closely in the image above, there is a hamburger button on the top-left corner to create new files, print files, and to import/export 3D models in Microsoft’s new Paint app for Windows 10.

To get a better idea about what you can do with the new Paint app for Windows 10 with 3D painting feature support, click on the links below, download demo video and see the magic of the new Microsoft Paint App for Windows 10.

Microsoft’s new 3D Paint app for Windows 10 is still in development phase but that did not stop us from getting our hands on fully working new Microsoft Paint App for Windows 10 Preview Version with features that will definitely be included in the final version as well. Microsoft has done an impressive job in designing the new Paint App. See the guide below for downloading the Paint Preview app for Windows 10.

New 3D Paint app is the basic image editor with powerful tools for carrying out all sorts of professional and leisure painting tasks.

Before starting the installation process, make sure you have fully working original Windows 10 version installed on your PC. The Paint Preview app works with:

1 – Open the Windows Store app and head to Settings and turn OFF the Automatic Update option. 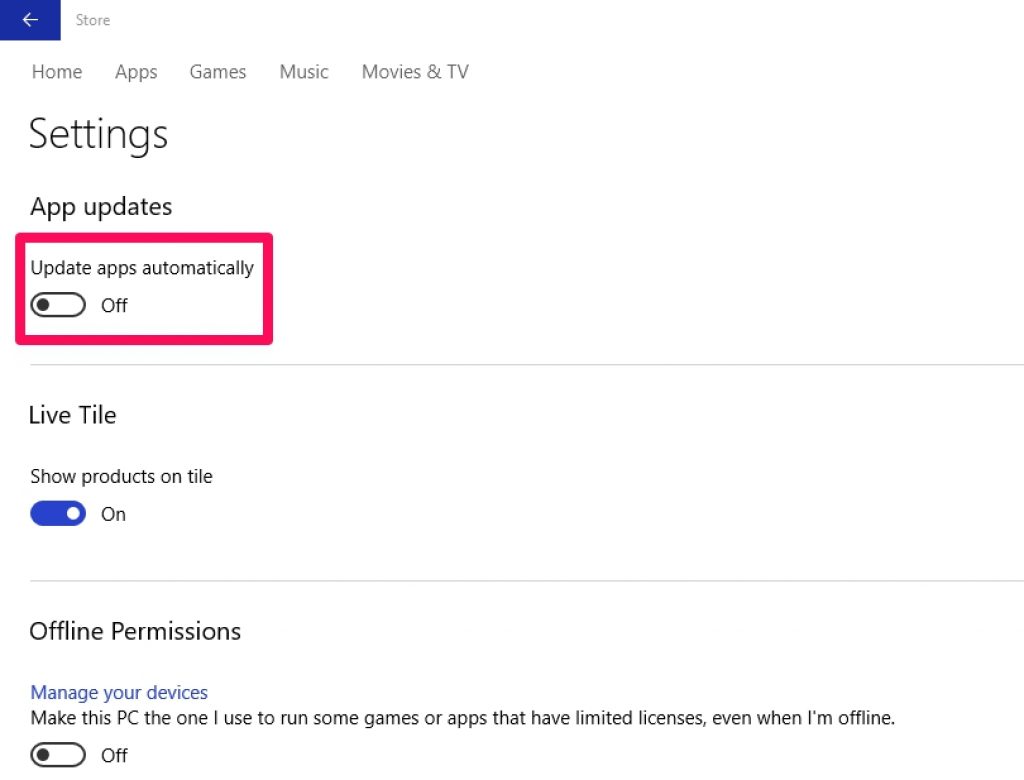 3 – After downloading and extracting, open Cortana Search Box or click the Start button and type Windows PowerShell and launch the PowerShell as an administrator.

4 – In the Windows PowerShell, type the following command, hit enter and wait for the app to install on Windows 10:

5 – Once installed, click on the Start button. Here you will see the Paint Preview app on the list of installed apps. Don’t open the app yet.

6 – Now open the Windows Store app again. Navigate to Profile > Download and Updates > Check for Updates. Here you will a new app named ‘Newcastle’, don’t open or install it, leave it as it is otherwise you will have to repeat the entire process. Just make sure that the app icon named Newcastle is there and close the Windows Store app.

7 – Go back to the start menu and open Microsoft’s Pain App for Windows 10 with 3D Painting feature fully enabled and working.

You have successfully installed Microsoft’s best Paint app for Windows 10 or any Windows OS ever. Start drawing amazing new shapes and objects using new 3D objects, drawing and painting features. This app is still in beta testing phase, some feature may not work as normal but mostly it works fine.

Download Paint for Whatsapp for PC Windows and MAC 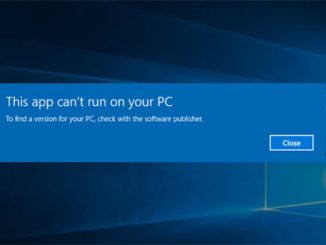 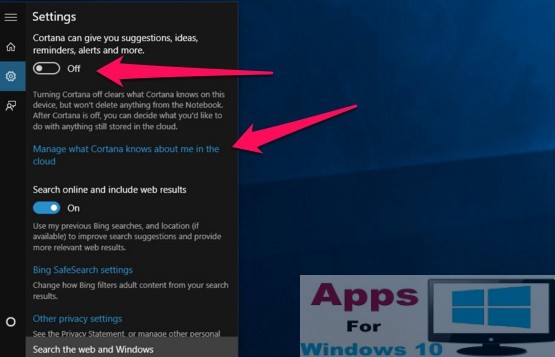 How to Disable Cortana on Windows 10 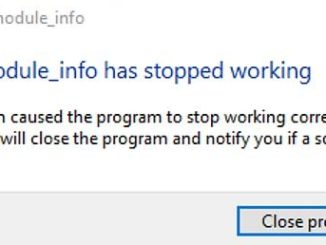 How To Fix Bad_Module_Info Error On PC Windows 10