Multitasking has always been among key features of Windows OS and the one that influences users’ decision when opting to go with Windows PC. Microsoft has further polished this feature in its latest Windows 10 operating systems that now enables you to setup multiple desktops on desktops/laptops. With multiple desktops on Windows 10 you can divide screen into two desktops and carry out completely unrelated work projects on one PC without mixing things up. What Windows 10 multiple desktops do is they isolate programs in distinct assortments keeping stuff related to one task separate from the other task enabling you to work on two different assignments on two desktop screen on one PC Windows 10 desktop/laptop. 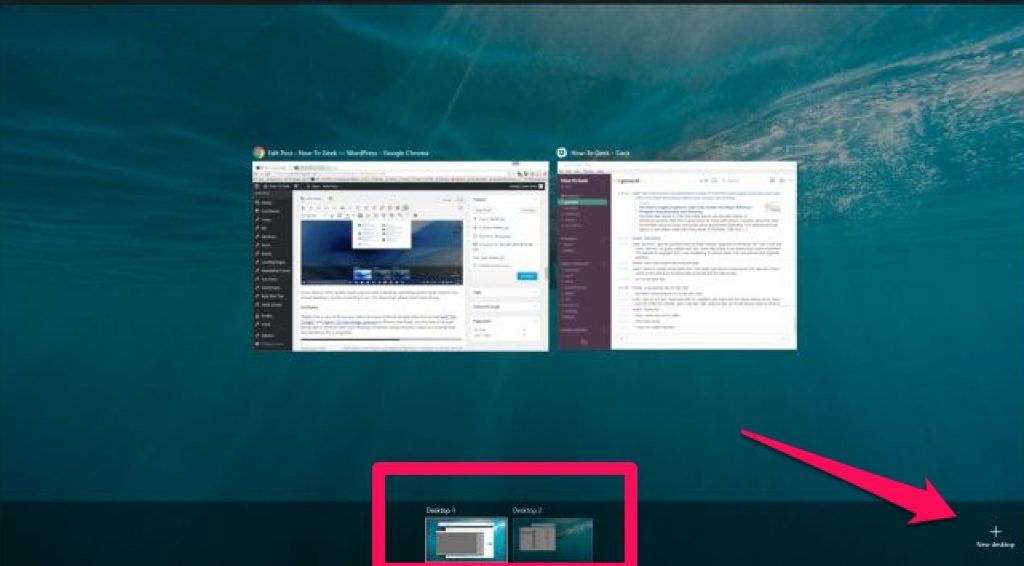 Follow the guide below to know how to setup multiple virtual desktops on Windows 10.

How to Create and Use Multiple Desktops on Windows 10:

3 – It will create a new desktop along with the one you are using currently. Open programs, apps and do stuff like on normal Window screen.

5 – You can open or drag and drop apps from one desktop to another.

All done. It is easy to create and use multiple desktops on Windows 10 PC/laptops to perform work and personal tasks on different screens without creating a clutter of open apps and programs on one desktop.