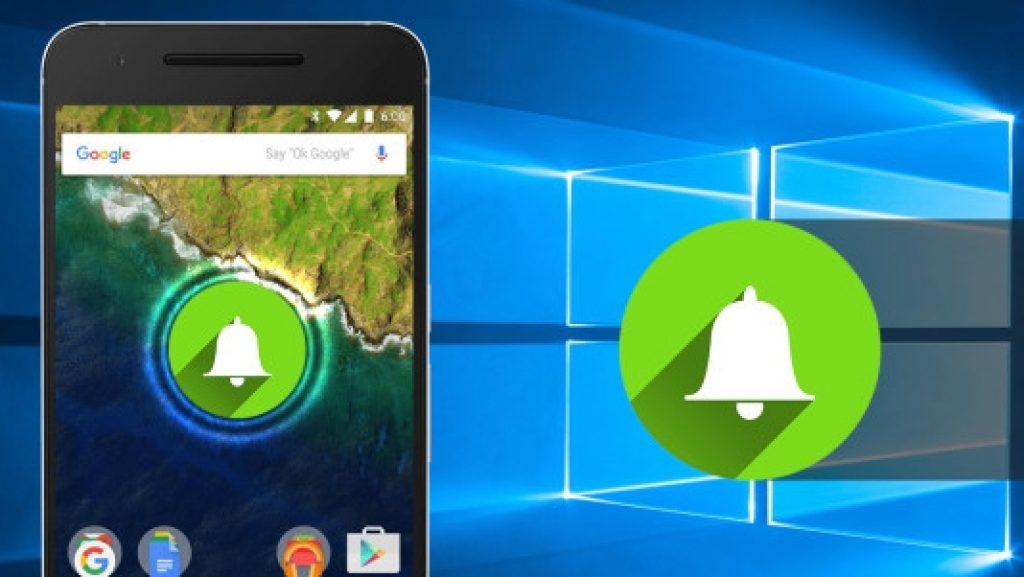 In the step-by-step guide below, we have explained in simple terms the method to get this new feature enabled on both Windows 10 PC and Android device. For this method to work, make sure your PC is running on latest Windows 10 Anniversary update.

How to Enable Android Notifications on Windows 10 PCs

1 – First of all make sure that Cortana is enabled on your PC. If you have disabled Cortana for some reason then enable it again. This step is very important, without Cortana enabled this method won’t work on Windows 10 PCs, it is because Android notifications show up via Cortana on Windows 10.

2 – On your Android device, open Google Play Store app and search Cortana to install it on your device. Cortana can be downloaded for free from Windows App Store. 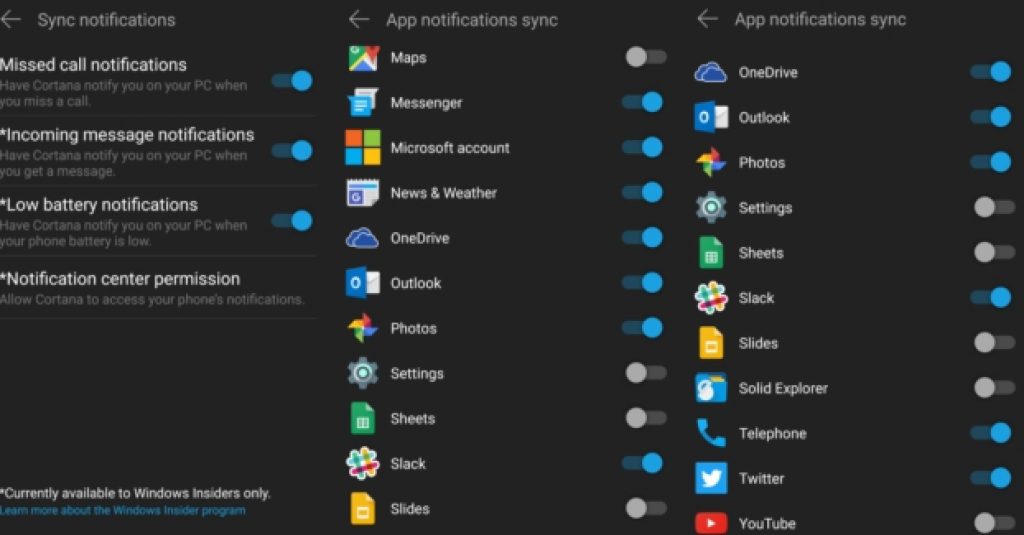 3 – At this point, there should a Cortana app installed on Android device and enabled on Windows 10 PC.

4 – Now go to insider.windows.com and sign up with the same Microsoft ID that is linked to both Cortana on PC and Cortana app on Android. You need to register with Windows Insider Program to be able to use this feature.

6 – On Android device, open Cortana app and tap on the three horizontal lines at top left corner to go to the main menu. Next, tap Settings and then Sync Notification option. 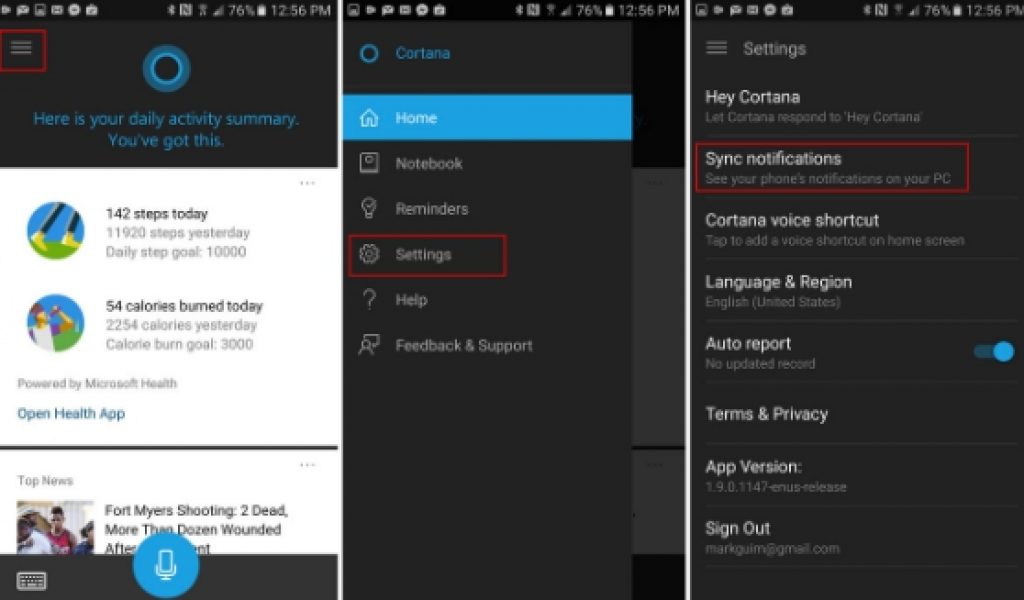 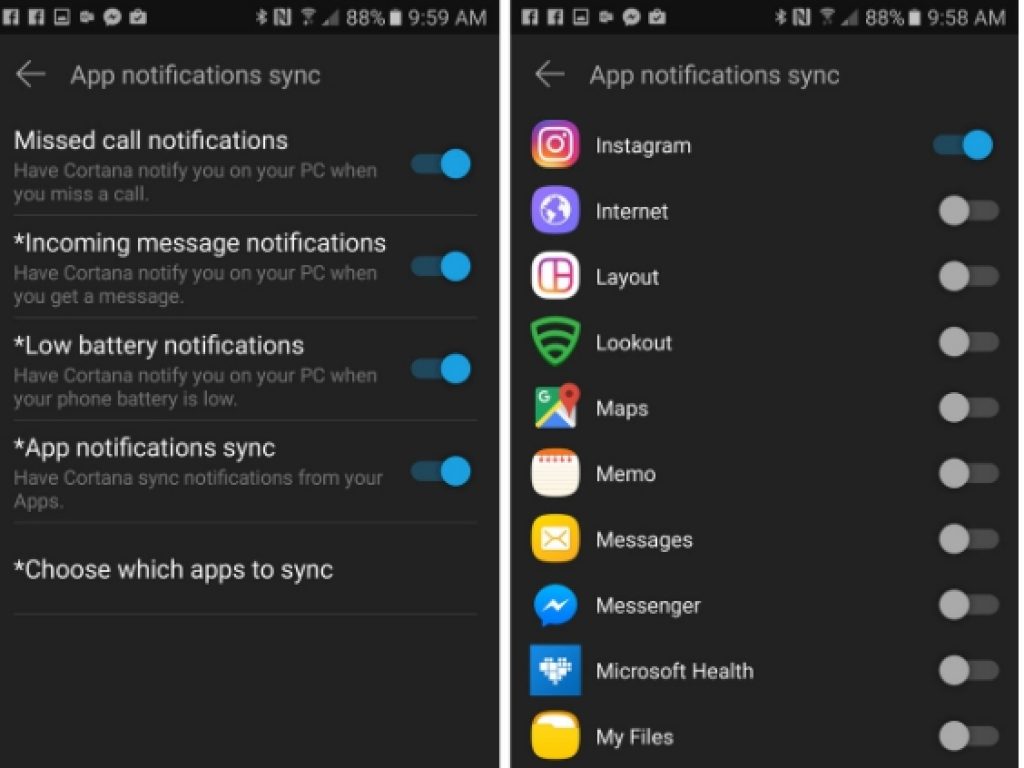 8 – Enable Cortana option on Android device by turning the toggle next to it to on to allow Cortana to get notification access. 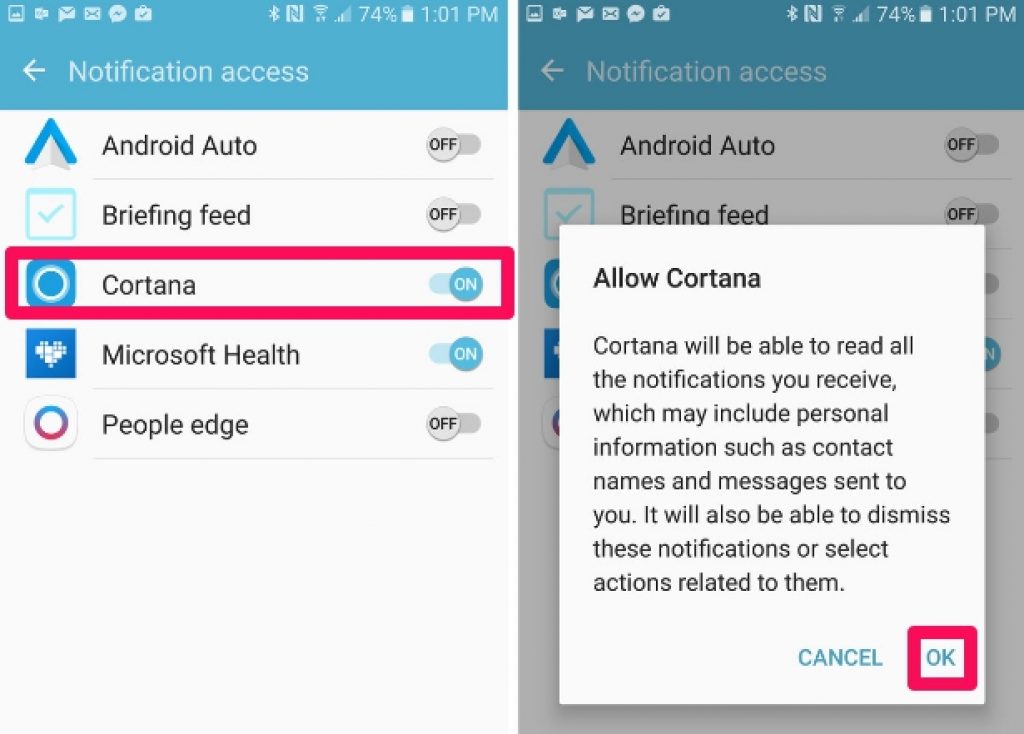 9 – Back on Settings > Sync Notifications enable App Notification Sync to get “Choose which apps to sync” option on the device. Now select the apps whose notification you want to receive directly on Windows 10 PC or laptop.

10 – All done. You have successfully enabled Android notifications for Windows 10 PC.

Android notifications for the selected apps will now be shown in real-time on Windows 10 action center via Cortana. You can quickly reply your Android contacts directly from Windows 10 PC action center. Any Thoughts? Share in the comments section below. 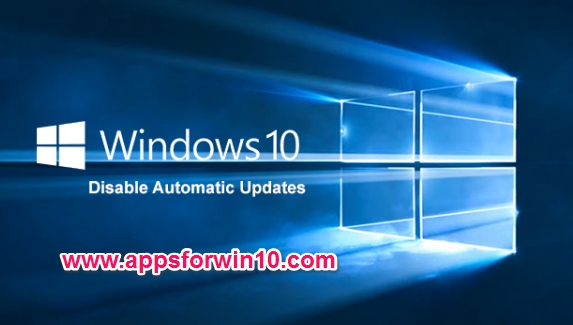 How To Disable Automatic Updates in Windows 10 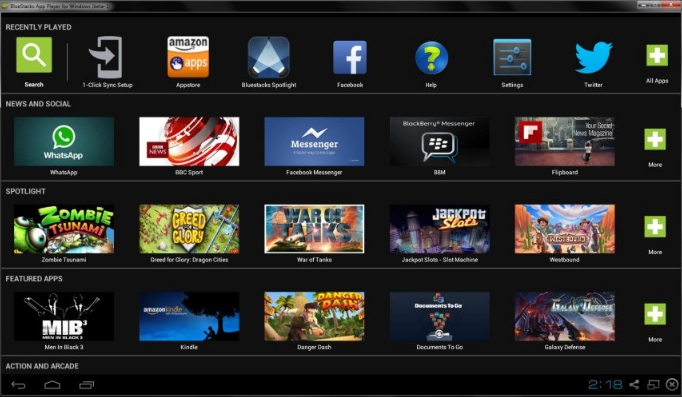 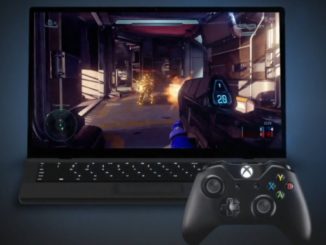